Eberhard Klitzsch was born on 18 August 1933 as son of a forest warden in Remda, Thuringia, in central Germany. After attending school at various places in the former GDR, but finally achieving the obligatory Abitur certificate, he enrolled for geology at Jena University in 1951. But he had to flee to West Berlin due to his distribution in public of anti-government leaflets against the East German regime. He enrolled again for geology at the newly, in 1948 founded FU-Berlin, where he completed his diploma in geology/palaeontology in 1957, and only one year later was conferred with a doctorate for a thesis on the stratigraphy of the Middle Devonian along the Dill basin.

But before finalising his doctorate he was already employed just after his diploma by the US Geological Survey as an engineering geologist, and worked for one year for the Survey and then from 1958 to 1967 as a field geologist for the German petroleum exploration company DEA in Libya and neighbouring regions. Subsequently he returned to West-Berlin, was now habilitated at the TU-Berlin, and became full professor at the same university in the applied geological disciplines of hydrogeology, petroleum geology and photogeology in 1970.

His biggest merit was surely initiating and the subsequent development of the special research unit SFB 69 (“Sonderforschungsbereich”) Geoscientific problems in arid and semi-arid regions of Africa”, established in 1981, whose spokesman and representative he was till 1995. Major research topics of this unit included the analysis of the geological structures in the Sahara and its southern neighbouring regions, under special consideration of their water and mineral resources. In Cairo (Egypt) he came soon into contact and worked successfully together with the eminent Egyptian geologist Rushdi Said (1920-2013), the Harvard-educated Director of the Geological Survey of Egypt, who had published various books on the geology of Egypt and was in charge for fieldwork and mapping of large parts of the Egyptian desert.

Over the years, more than 200 geoscientists were working for the SFB, participating from all universities of Berlin and various universities in Africa. Altogether more than 120 doctoral dissertations were produced, among them 33 from African research students. Additionally, some theses for habilitation were also supervised by Eberhard Klitzsch, thus enabling the candidates to qualify for the status of Privatdozent, which is a prerequisite to become full professor. The results of his research and his co-workers were summarized in a book entitled: Nordost-Afrika: Strukturen und Ressourcen (Northeast Africa: Structures and Resources), published by Eberhard Klitzsch and Ulf Thorweihe in 1999.

Eberhard Klitzsch had originally planned to transfer the human and physical resources of the SFB into an international institute of African geosciences located in Berlin, but after re-unification of the two German states in 1990 all the potentially needed funds for this task had largely to be provided for the reconstruction and maintenance of the Humboldt-University in the eastern part of Berlin, which in the context of integration of its previous infrastructure into the federal education model of Germany had now completely to be restructured. What had remained of the former SFB was transferred into a research subject now called International Geosystem Analysis (GEOSYS), which was largely based at the Technical University of Berlin. The data and material achieved over the active years of the SFB will still be evaluated by generations of geoscientists in future years.

After becoming Professor emeritus in 1998 at the TU-Berlin, Eberhard Klitzsch was still a highly demanded expert for consultancy in various German and foreign government institutions on geoscientific problems in many parts of the world. He was welcomed in many geoscience institutions all over the world and travelled for instance to Oman, India and Paraguay. His personal interest concentrated still in the exploration of new petroleum fields, but supported also colleagues in totally different subjects, for instance in palaeontology. 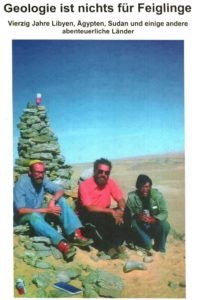 Fig. 1: Frontispiece of Eberhard Klitzsch`s autobiographic book Geologie ist nichts für Feiglinge (“Geology is nothing for cowards”), published in Berlin in 2012 (he in the centre),

Eberhard Klitzsch received various awards for his geoscientific achievements, among these several honorary doctorates and in 1988 the highest civilian order of the Federal Republic of Germany, the Bundesverdienstkreuz am Bande. In 2012 he published his autobiography, in which he less about his scientific merits reported, but detailed all his adventures in the deserts of Libya, Egypt, Sudan and other arid or semi-arid countries described. Sometimes imprisoned, hijacked or surviving in an airplane crash, he never lost his mood and interest in the respective areas despite what had happened. Over the final years of his life he became increasingly fragile, but still participated actively in different scientific meetings. He died in Berlin on 20 September 2018.